Please note, before you go any further, that as far as I can tell the following two books are only available in ebook format and only from Amazon.com. 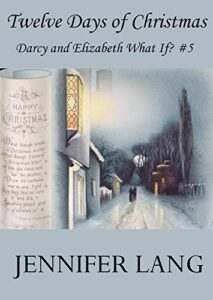 In the Christmas Spirit

Twelve Days of Christmas (Darcy and Elizabeth What If? #5) by Jennifer Lang. I first read this holiday-seasoned Pride and Prejudice variation in December 2020. When the story opens, things have gone all wrong. It’s five years since Mr. Bingley first arrived in Hertfordshire, but no marriages came about for the Bennet daughters, except a tragic one, of Elizabeth to George Wickham. After leaving Meryton, Mr. Darcy acquiesced to wed his cousin, Anne de Bourgh, whose health worsened after her marriage, leading to her early death. Since her and Lady Catherine’s deaths, Darcy now owns Rosings Park.

Escape into a Snowstorm

Elizabeth lives in Rochester, with a drunken, cruel Wickham, and has no place to go when he becomes more threatening toward her and her young son. She received news, four years ago, that her entire family had died in a house fire at Longbourn during a Christmas gathering, and she is now alone in the world, with only her child Harry for comfort. But her son Harry has a birth defect that Wickham resents, and he has grown more and more abusive. She decides, on a wintry night, that she must escape with her son while Wickham is passed out, drunk. She takes off, with some aid from a nearby innkeeper’s wife who has been her friend. She decides to go to Hunsford, to her old friend Charlotte Collins, whom she has been out of touch with but still believes might be willing to take her in. When she arrives, in a terrible snow storm, it’s to find the parsonage vacant, with dust sheets on the furniture. There is coal for the fires, though, and she makes the place warm enough for the night for herself and her small son Harry.

Intruder at the Parsonage

Darcy is made aware that there is a young woman with a child sheltering in the vacant parsonage, and he instructs the employee who informs him of this to leave them be, since the weather has been so bad they may genuinely need shelter. He grows concerned for their welfare in the cold weather, and at first it is through pure charity that he decides to leave baskets of necessities on the doorstep, hoping the young woman won’t be too proud to accept them.

A Partridge in a Pear Tree

Darcy uses the holidays as an excuse, and arranges for baskets that are themed on the traditional carol, “The Twelve Days of Christmas.” The first hamper contains a partridge, and pears still on the branch, along with some other foods. The succeeding ones are similarly based on the carol. One day, when he leaves a basket himself, he glimpses the young woman and her child, and can’t help thinking he might know her. She looks familiar, though thin and careworn.

If you’re looking for a Christmas story related to P&P, this may be exactly what you need. Highly recommended. 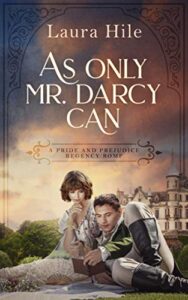 As Only Mr. Darcy Can

As Only Mr. Darcy Can by Laura Hile. It’s been almost exactly two years since I first read this incredibly fun variation on Pride and Prejudice, and this time I liked it even better. I was reminded of it when I reviewed Laura Hile’s Darcy By Any Other Name and liked it so much I glanced at her other titles, saw a description of this book, and thought, “Oh, the one with the valentines!” I immediately wanted to read it again. It’s a wonderfully lighthearted story, with lots of little fun details, lines I reread just for a giggle, or for the romantic context.

Staid Mr. Darcy has left Meryton behind, and thinks that nothing is likely to take him back there again. But he happens to glimpse some colorful valentines in a shop, and on an impulse he purchases them. Later he asks himself why. But then he realizes that he has left the Bennet family without any information warning them away from George Wickham. He decides to send hints in a poem, by way of an anonymous valentine, to Elizabeth Bennet.

Sometime later, Wickham, on the run from the magistrate’s men, gets his trunk mixed up with a noblewoman’s trunk at a coaching inn, and finds he has nothing to change into from his gravy-stained breeches but women’s clothing. Then he has an idea …

All these characters, and even Miss Darcy, wind up at Hunsford and Rosings Park, and then even more interesting things start happening. This is a fun story, and not to be missed by those who love stories based on Jane Austen’s novels. 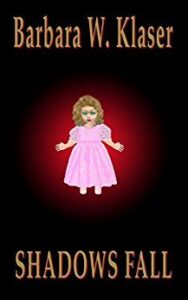